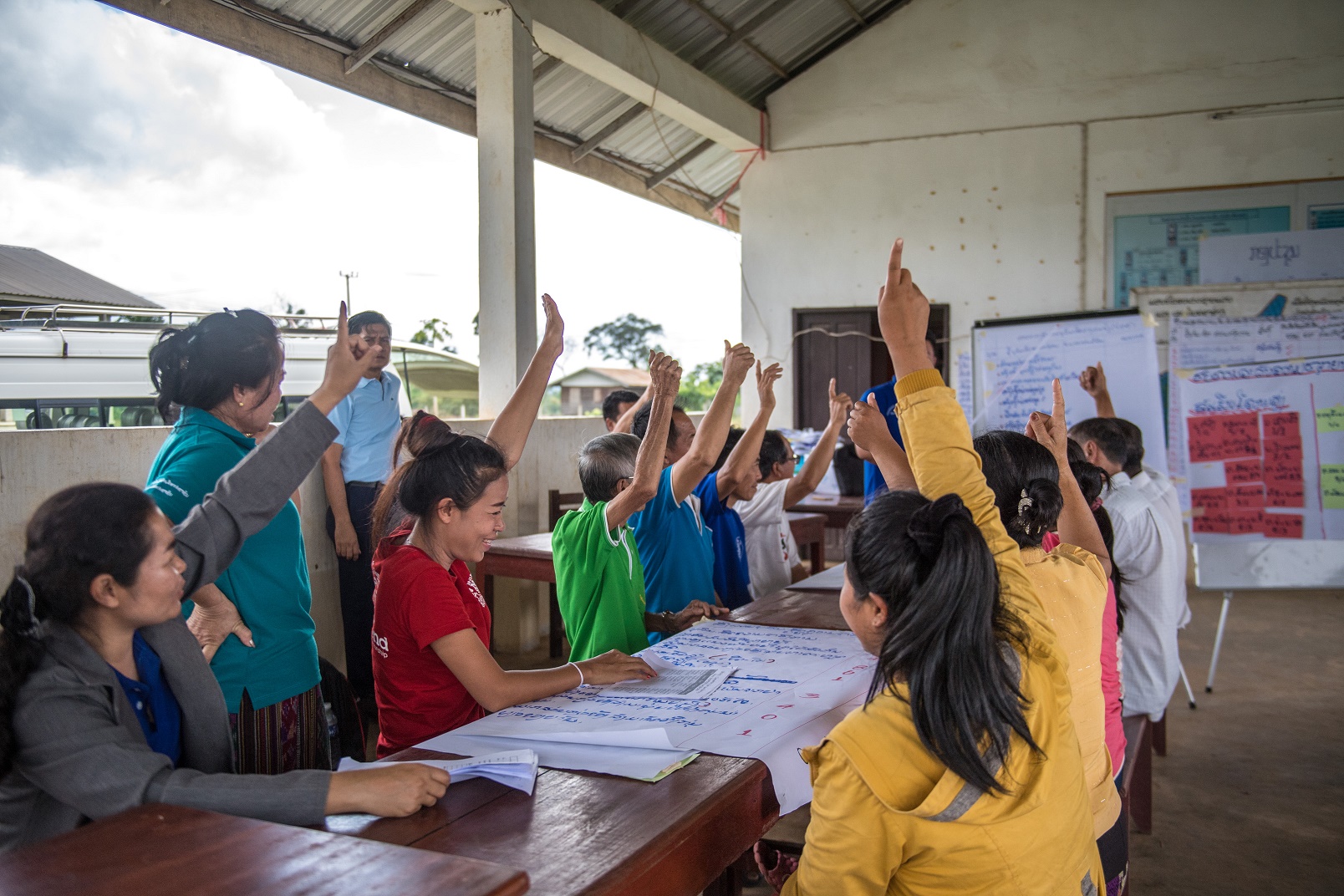 Heng Hong grew up in a rice farming family near Santuk Mountain, one of Kampong Thom province’s most sacred sites. According to locals, the dry season is getting longer — a pattern seen across Cambodia and one of the most obvious signs of climate change. The dry and wet seasons usually last for 6 months each, but recent years have seen the dry season lasting 8 months.

These days, Hong lives and works in Phnom Penh, but he remains closely engaged with rural life in his role as deputy director of the Department of Community Livelihoods, an agency under the Ministry of Environment.

Hong was one of the 15 government planners from Cambodia, Lao PDR, and Viet Nam who trained under the CEP to work with communities to assess their vulnerability to climate change and help find adaptation options. A series of three CEP-funded workshops were held by the Southeast Asia START Regional Center in Bangkok between August 2016 and February 2017. Participants learned how to conduct situational analyses, risk profiling, and future visioning and how to identify and implement adaptation solutions. In between the workshops, participants were encouraged to try out these skills in the field.

Hong did his field work in Chikhaleu commune in the Koh Kong province’s Dong Peng Protected Area. This is one of Cambodia’s three “multiple use” protected areas, where communities within Dong Peng’s 27,000 hectares are allowed to sustainably use natural resources to support their livelihoods.

Times are getting tougher for many of Chikhaleu’s farmers. Land conflicts have emerged as commercial sugar plantations moved into the areas. Climate change is making it harder for the farmers to make a living from the land because of the shorter growing seasons.

Chikhaleu’s farmers can no longer rely on the traditional farming practices passed down by previous generations, but need to learn technical solutions to adapt to climate change.

“Adaptation planning is very important for these farmers as they depend on natural resources to farm rice, raise livestock, and gather non-timber forest products,” says Hong. “If they don’t adapt to climate change it will destroy their livelihoods.”

He believes that the CEP’s “deep and detailed” training on climate adaption planning will enable him to work better with rural communities to find solutions to tackle climate impacts using the analytical tools and approaches taught at the workshops.

One of his biggest takeaways was the need to consider future change scenarios and to plan for these rather than base interventions on the current situation.

During 2011 and 2012, the CEP developed a participatory framework to assess rural vulnerability to climate change in the GMS and identify adaptation solutions. The framework was tested in 23 communities in Cambodia, the Lao PDR, and Viet Nam. In 2014, the framework was refined and published by ADB. In 2016, training materials and an online platform were developed to help implement the framework. Training on the framework was started that year for a core group of practitioners in the GMS, including government planners who work with communities.