Viet Nam lies along the western shore of the South China Sea and is bordered by PR China to the north, Lao PDR to the west, and Cambodia to the southwest. There is a dense network of rivers and waterways in the Red River in the north and the Mekong River in the south.

Over the course of the last decade or two, Viet Nam has shown remarkable social progress in human development, with poverty decreasing and incomes rising. Its economy is one of the fastest growing in the world. Between 2000 and 2010, GDP grew at an average rate of 7.38%.

Amid such high growth, however, the limits of natural systems are becoming evident. Whilst the Government of Viet Nam has introduced new legislation and embarked on programs and projects to mitigate the environmental impacts of urban and industrial expansion, the effectiveness of these measures is not well known.

In terms of natural resource management, forest cover has increased nationwide after years of decline, but more work is needed to assess the quality of this increased forest cover in order to understand its biodiversity and soil conservation benefits.

Coastal zone ecosystems have seen major changes, leading to the loss of valuable coastal habitats such as mangroves, sea grass and corals. There are indications, however, that mangrove forests are showing signs of a gradual recovery from an all-time low in 1995. 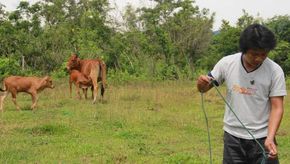 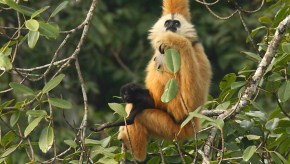